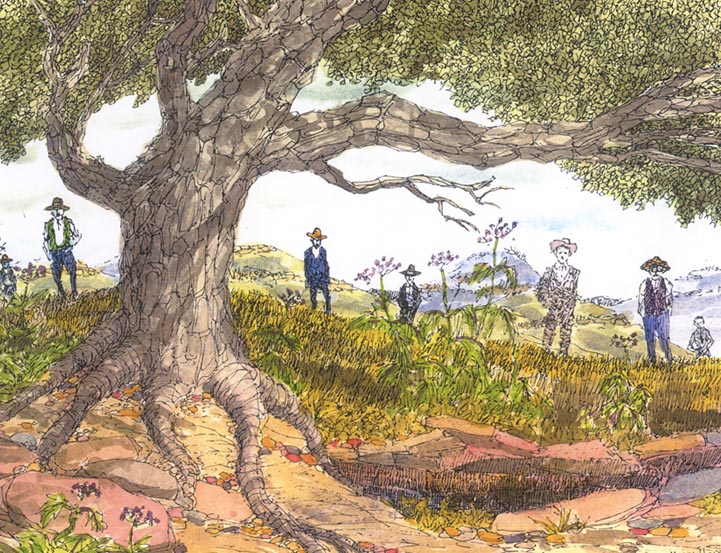 May 23, l999 at 2 PM, Ona Lou Roper gave Burnet County commissioners a deed for 6.5 acres that includes the well-like cavern known as Dead Man's Hole. The cavern is located 2.2 miles north of Texas Highway 7l on Burnet County road 401. A Texas Historical Marker was dedicated at the presentation of the deed. The marker reads:

"Entomologist Ferdinand Lueders made the earliest recorded discovery of this cave in 1821. Notorious in the civil war area, the hole is believed to have been the dumping ground for up to 17 bodies, including those of pro-union judge John R. Scott and settler Adolph Hoppe, several reconstruction-era county government officials and Ben McKeever, who had a conflict with local freedmen. An oak tree which once stood over the cave was said to have rope marks caused by hangings. Powerful gases prevented thorough exploration of the site until 1951. The hole was platted in 1968 by the Texas Speleological Society and was found to be 155 feet deep and 50 feet long."