The Book of Genesis Continues.... 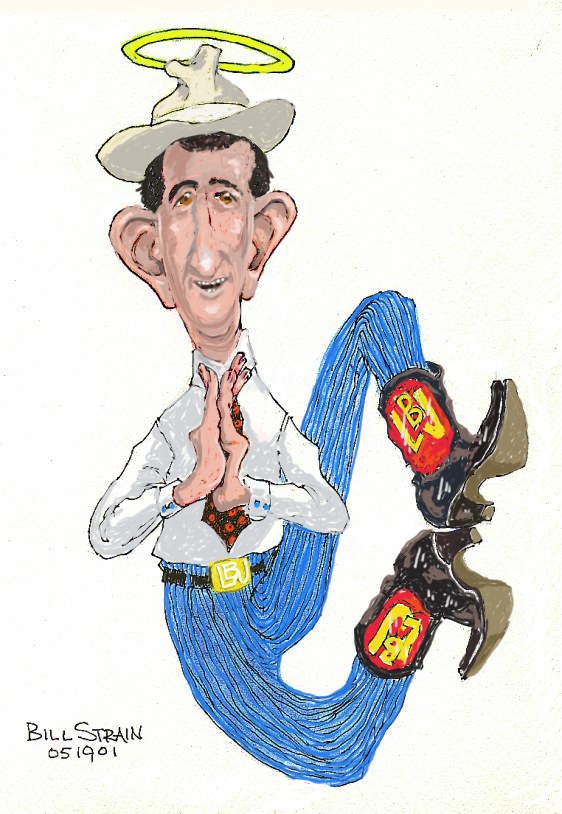 The night that he died peacefully in his sleep the soul of Tom Tom the Levite passed from his body and entered into full connection with Iz. Tom Tom accepted the realization of total understanding of all things with great joy; he looked back just in time to see the soul of Shelley the Shell Girl pass into full connection also and knew that they had fulfilled their purposes in Iz. They both understood each other for the first time and it felt good. Tom Tom gave Shelley a wave; it was one of those "'Don't let the screen door hit you in the ass as you leave" waves. Shelley picked up on that and smiled but didn't wave back. Tom Tom took his permanent position in Iz and remained there for the present. The present in Iz is eternity because there is no time in Iz.

Shelley, on the other hand stayed around a while and was amused by the conversation of the two turkey buzzards. She wanted to tell the turkey buzzards that she was Cro Magnon and that Tom Tom was Tarahumara, in fact Chief of The Tarahumara, but in her total realization she knew it didn't matter.

Shelley felt awareness of all things oozing into her being as if Iz were left clicking and dragging each realization into the folder of her being. She realized that the trouble with Adam and Eve was because of Eve's great love for her sons, Cain and Abel and Shelley smiled in admiration of Eve. She smiled and became one with Eve just as she was one with Iz. She understood that the wild years of fornication were a combination of feelings of love coupled with a natural desire to place the right sperm with the right egg to enhance the development of the people of Iz and she was sorry for the people who were hurt and depressed during this process. Their suffering diminished her degree of joy in Iz and her feelings of sadness for them diminished their hurt. That's how Iz works.

It was the plan of Iz. Shelley forgave herself for of all things and forgave all things for any shortcomings all things were guilty of. With total connection with Iz Shelley began to ooze through the "instant" that was eternity, brushing the essence of The Tarahumara Girl's Stick-Ball Team, Cain, Abel, the Tarahumara girls from the village, Adam, Eve, and every person and creature that had ever lived or was ever going to live, including the Neadnerthal man who gave Tom Tom directions to the Garden of Erin, but most especially Shelley oozed into the love of Iz.

She even forgave Ding A' Ling and She Who Kicks Ass for the evil life they had led and she felt a new and deeper love for Dong A' Long who was with her that very second. Of course, that very second was eternity and Dong A' Long had always wanted only one thing, to be close to his mother.

BILL, THE REASON I'VE CALLED THIS INTERMISSION IS....yes, Iz....BILL, I HAVE SOMETHING TO DISCUSS WITH YOU....ok iz, but why are you speaking to me in "underline" WHEN WE TALK DURING AN INTERMISSION IT HAS TO BE IN "UNDERLINE "... IT'S PART OF MY SECURITY SYSTEM....oh, i'm sorry i didn't realize that....NO MATTER BILL....I WANT YOU TO DROP WORK ON THE JOHNSON CITY BIBLE AND TAKE A LITTLE SABBATICAL...DO YOU THINK YOU CAN DO THAT?....of course, iz, but don't you want me to get started on the book of exodus?....ACTUALLY, BILL, LEON URIS IS HERE NOW AND WE'RE TALKING CONTRACT FOR EXODUS....HE HAS THE JUMP ON YOU THERE, YOU KNOW, AND WE'RE TALKING MOVIE DEALS AND MADE FOR TV DEALS AND I DON'T KNOW WHAT ALL AND WE DON'T KNOW WHAT WILL TRANSPIRE....JUST TAKE A LITTLE TIME OFF AND LET'S SEE WHAT WORKS OUT.....how about one of the later books, iz, how about the song of solomon?.....BILL, YOU DON'T NEED TO KNOW THIS, BUT JAMES MICHENER IS HERE ALSO....HIS PEOPLE ARE GETTING WITH MY PEOPLE AND AT THIS POINT IN TI ....ER..ETERNITY WE DON'T KNOW WHAT'S GOING TO HAPPEN, SO JUST TAKE YOUR SABBATICAL AND ENJOY LIFE FOR A WHILE...iz, i think i hear you telling me i'm fired....BILL, A SABBATICAL IF NOT A FIRING, IT' JUST A GOOD WAY TO GET RID OF SOMEONE YOU DON'T WANT TO FIRE...ok, but in the progeny of tom tom the levite and shelley the shell girl there is a war chief of the comanche tribe, a medicine man of the apache tribe and the unifying factor of the "magic" place along the pedernales river which have never been fully developed...please just be aware of that iz.....BILL THAT MEDICINE MAN WASN'T EVEN TOM TOM'S PROGENY'S SON....HE WAS CONCEIVED DURING THE ERA OF FORNICATION....HE IS ACTUALLY ADAM'S SON AND HE ONLY WANTS TO BE A MEDICINE MAN TO FULFILL HIS " HUNDRED AND TWENTY-TWO BEGAT-BACK" ANCESTOR'S AMBITION.....yes, iz, but tom tom doesn't know that....WELL, THAT'S A POINT AND WE'RE ALL ONE IN IZ ANYWAY......TELL YOU WHAT, BILL, I WANT YOU TO WRAP UP YOUR WORK ON THIS PROJECT....PULL ALL THE LOOSE ENDS TOGETHER AND THEN WE'RE GOING TO JUST LET THE JOHNSON CITY BIBLE TAKE ITS OWN COURSE.....WHY DON'T YOU DO A BOOK, OH, LET'S CALL IT THE "THE BOOK OF KINGS",NO, LET'S MAKE IT THE BOOK OF "CHIEF'S" THAT'S NOT ACCURATE EITHER....LET'S JUST CALL IT THE " BOOK OF TOP ADMINISTRATORS" OR IF YOU CAN COME UP WITH ANOTHER PROGENY, WE COULD CALL IT THE "THE BOOK OF THE TRIUMVIRATE" THAT HAS A GOOD RING TO IT....ok, iz...boy! part 4 didn't get very far!...i'll get right on it....wow!....the "book of the triumvirate"(gag me with a spoon!)....WHAT WAS THAT, BILL?....nothing iz....no wonder the other bible is so controversial....working for iz is like working for LBJ.....sorry iz, i didn't mean to use upper case....it just slipped out!...you didn't hear me, did you iz?....NO BILL, I MAKE IT A POINT NOT TO LISTEN IN AND I JUST WANT TO ADD THIS...."LBJ "WAS FINE MAN!...yes, iz...